Earlier this week I had the pleasure of meeting the creator of JACS. Which is currently on kickstarter https://www.kickstarter.com/projects/1562940150/jacs-junior-adaptive-carrier-system-modular-babyca
It's a carrier aimed at men however, there are some really great features to this carrier for both parents. If you are carrying a baby/toddler all day being able to take them out without taking your backpack off, carrying an integrated backpack or even being able to take a sleeping baby off from a back carry without having a sofa/bed to slump them onto would be very handy.
There are slight issues with the design at the minute, the straps aren't as padded as they could be and would be fine for a small baby but when they start to get heavy could potentially be painful on longer carries. The crotch isn't as wide as I'd like it, especially as Nate was still in a carrier up until last autumn and would still be in one if it wasn't for driving to most places at the minute. This is more a piece of mind issue but putting safety elastic around the multitude of buckles, the buckles are very unlikely to fail but just for that extra piece of mind. The chest strap possibly needs to be height adjustable to make it fit most people, as a height which is good for me might not be for a tall man or even for a shorter woman. Lastly a sleep hood, especially when they are on your back little heads loll about and can end up in strange positions.
Now that list possibly sounds like it's all negative and that's not at all the case. All of the carriers I have ever used there have been tweaks to make them even better. There are some great positives to this carrier. It doesn't matter what carry position you are using you can attach a pouch or backpack so you have storage solutions (I'm now wondering if you could attach the backpack to your front if it was being used in the back carry position). The biggest positive for me is the ability to possibly buy the central vest separately as this is the piece that you adjust to you, meaning that I could have one adjusted to me and Nates dad could have one adjusted to him. The breathable back section, no getting hot and sweaty. This is possibly both a negative and a positive as being able to just pull Nate up into the ergo when he's been determined he doesn't want to be carried nor walk has been a benefit but when he was a small toddler and I was nervous about getting him into a back carry without help the ability to get him secured into the carrier and then put it on my back would have certainly been a blessing.
Overall I think this design has plenty of mileage and it isn't a mans carrier it's a practical carrier.
Posted by Unknown at 00:06 No comments:

Kano - Build your own computer

Last year as part of the Imogen Heap festival at the Roundhouse there were several music/computing workshops. One of them that we attended was Building your own computer. Nate wasn’t quite 3 at the time of the workshop so I was incredibly impressed that he was able to put together the Kano with little help from me. He happily sat and put the pieces in the right place and then waited for the computer to boot. He was really proud of the computer he had built. 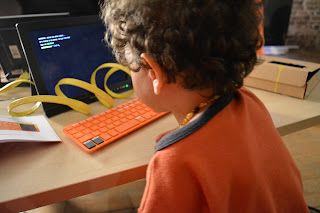 The next part required a little help from me, as he wasn’t reading, I sat and read the instructions and guided him with his typing. Nate didn’t quite get the programming tasks on the Kano which is understandable as he wasn’t reading at the time but was willing to have a go at it and played the games that we created together. 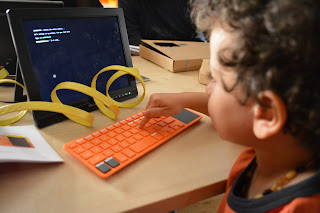 I’m not sure I’d bill it as build your own computer but it certainly was as close as many people will get to building their own computer and is a good starting place for children who are interested in computers.

It will soon be Nate’s 4th birthday and as he has been invited to a multitude of birthday parties he has wanted to have his own party. Nate has been swimming since he was a little boy and he has wanted to take his friends to the pool he likes going to.
Party bags are a big thing at parties and I’ve noticed there are common items that seem to be in all party bags. For his party bag I decided to keep to a water theme, bubbles are of course necessary. However, I came across an idea for toys in soap to buy them was going to be rather expensive. I quite enjoy being creative and a challenge so I decided to attempt to make my own. 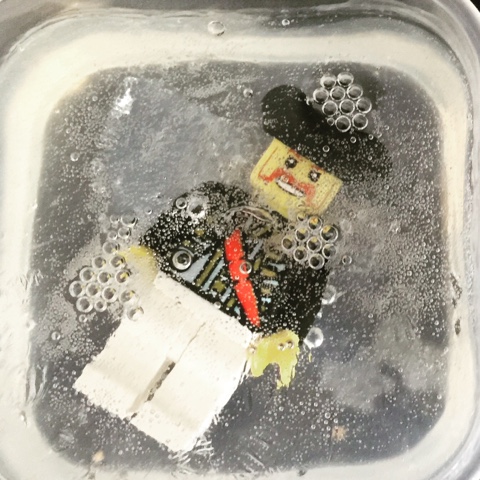 I also have an idea to include another homemade item but as it is time heavy I will wait until I’ve made them all before announcing/showing what they are.
Posted by Unknown at 12:20 No comments:

Yesterday we were lucky enough to attend a screening of the 2nd series of Yonderland, Yonderland is family fantasy comedy by the same team who star in Horrible Histories. The first series was hit with me, although I hadn't shown it to Nate until yesterday morning as I wasn't 100% sure he would cope with the darkness of the show but he happily watched the first two episodes.

At the screening however, he wasn't quite able to cope with it being dark(lights out) while being dark (the show). Thankfully the really dark bits were small enough that he just hid during those bits. 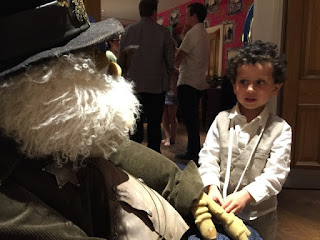 As I don't want to spoil series 2, in series 1 you meet Debbie of Maddox who is an ordinary mum of two who is taken on an adventure in Yonderland through her larder by an elf. Yonderland is a magical land and this is where all of the (very cool) puppets live. Debbie of Maddox is called the chosen one within Yonderland... (you just need to watch it!) 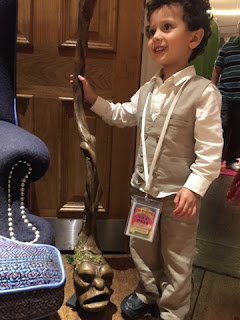 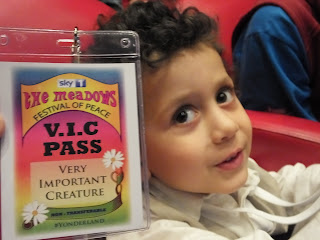 Look out for this pass in the second episode! 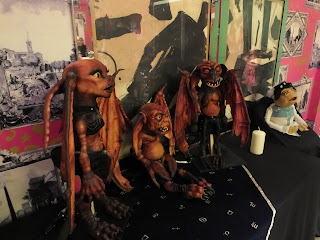 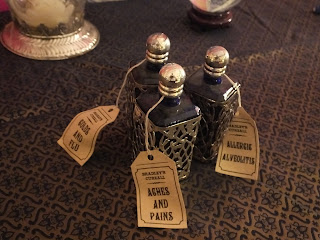 I think the second series is a lot more adult in some its content then the first series, these were jokes that most of the smaller audience wouldn't get so still in keeping with the family title. I particularly liked the second episode, especially as some of it was about problem solving. There is a scarier character in the second series which scared Nate a little bit but he still enjoyed it. 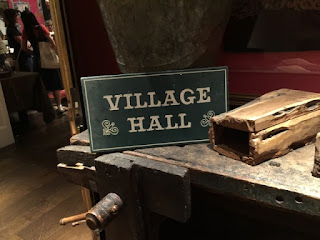 After the screening, there was an Q&A session with the writers/actors. They were asked questions by the interviewer and then the room. Some of the questions were what puppets were their favourite, how they got here and which demon was their favourite. An interesting fact - the demons are named after the voice actors parents.

Yonderland series 2 starts on 13th July at 8pm, it's got a later billing and on the 13th both the first and second episode will be showing.


I am a member of the Mumsnet Bloggers Network Research Panel, a group of parent bloggers who have volunteered to review products, services, events and brands for Mumsnet. I have not paid for the product or to attend an event. I have editorial control and retain full editorial integrity

Email ThisBlogThis!Share to TwitterShare to FacebookShare to Pinterest
Labels: Things to do, things to watch

Nate loves being in the kitchen, he wants to be involved with cooking or buttering toast. It really doesn't matter what we are doing he wants to do it too. 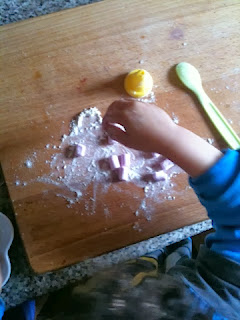 That other day, we made from rice krispy cakes with mini marshmallows. Nate was not happy to finish once all the mixture was done he wanted to continue cooking. I had an idea, we had marshmallows and flour and a couple of chocolate buttons. Nate loved 'cooking' with those few ingredients. He stirred them up and spooned them from his bowl into the pot the buttons had come from, he was happily playing for at least an hour.
Posted by Unknown at 01:18 No comments:

Last Thursday we were invited to an event by Samsung. They were launching their new suite of kids apps. These apps included Hopster.
Firstly we were shown their curved smart TV. Before seeing the curved screen I was a little skeptical about whether there would be any distortion of you were directly in front of the TV. However, I could see any, it looks perfect for those who have the TV in a corner and having seats around it.
The Samsung TV, was a smart TV. A smart TV directly connects to the Internet and is a computer of sorts of its own. Mainly they run apps, like phones and the leading tablets. In the version we saw they had a hidden camera which popped up so you could have a video chat over Skype. 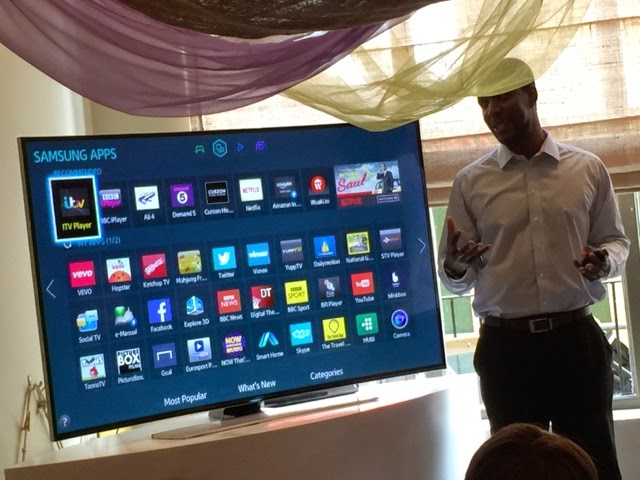 The main app being showcased was Hopster. Hopster is an amazing app for toddlers/preschoolers. The only have suitable TV shows and they also have games for them to play. There are no adverts around there children's TV shows. Nate has loved Hopster before I let my subscription lapse. I let it lapse as the time we used Hopster was in the car on the way to somewhere and I couldn't find the way to download shows so I was using my limited data on it. I have no w however been shown that you can download shows but only limited shows for 7 days. Please licensors can we get them for longer and more shows, Nate loves Super Why but I'm sure there are children who love all of the content on Hopster. Personally I enjoy Louie who draws nearly everything in the episode. 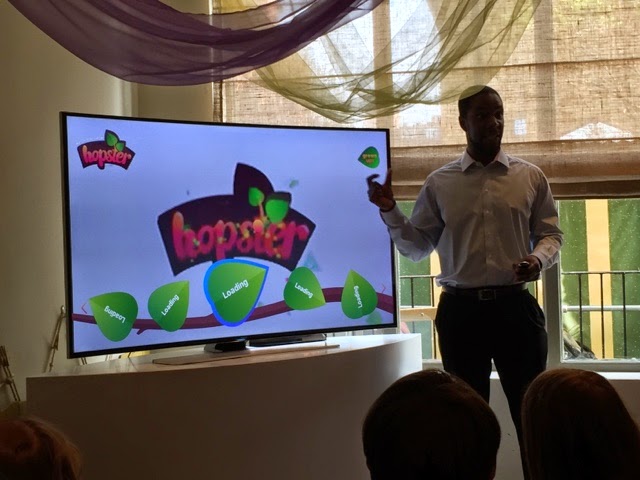 I really like Hopster as you can possibly tell. The subscription costs £3.99 a month and has loads of content for little children to watch and do. 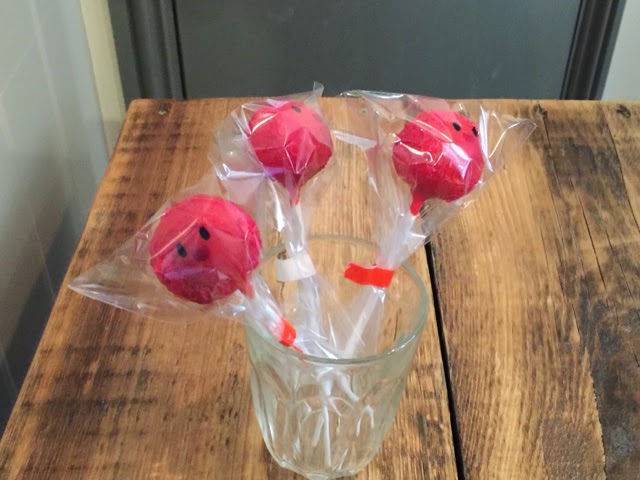 Hopster cake pops.
Posted by Unknown at 11:02 No comments:

I'm a bit of a Kickstarter fan, normally I stick to the technology pages but I have recently started to widen where I look. I'm glad I did because I found Glow Away, please go and have a look. I love the idea of this product as Nate is already scared of the dark and we are starting to talk about why he is scared and what he thinks will happen. Just talking about things seems to have settled his nerve surrounding the dark and adding in a story which teaches him techniques to deal with his fear may be just what he needs.

Glow Away is a product to help children who are afraid of the dark. It's not just like a night light but a  way of helping children overcome their fears. It features a book and a duvet cover, the book is about Sam overcoming his fear and he learns a spell, the words of this spell then glow on the duvet.

Please have a look and pledge if this takes your fancy because Nate and I would love one and they are a little off their target.